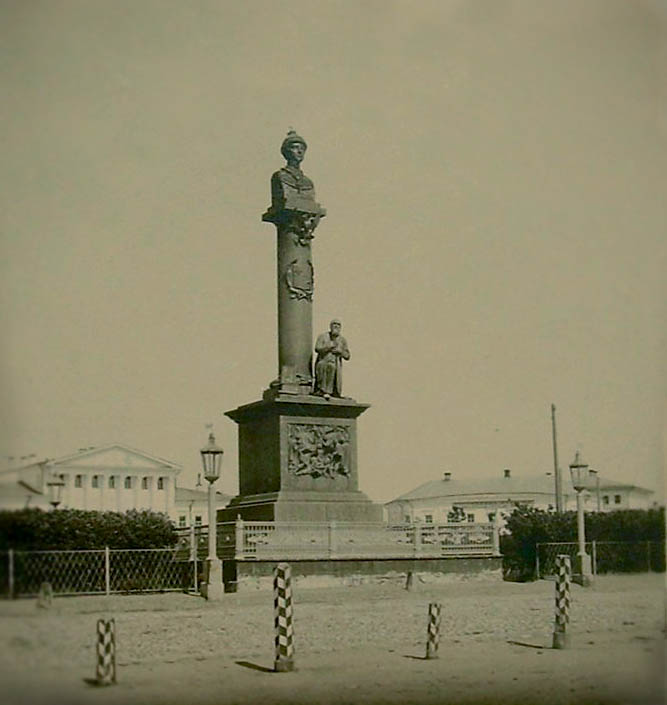 The book “Ivan Susanin: legends and reality” written by N.A. Zontikov is dedicated to a Russian hero Ivan Susanin.

Ivan Susanin was a peasant whose home land was a village situated in Kostroma region. He sacrified his life for Mikhail Feodorovitch Romanov‘s rescue who was an ancestor of the last czarist dynasty and governed Russia from 1613 up to 1917. Before the October Revolution Susanin was regarded as a Russian patriot. He was mentioned a lot in historical literature. One can find Susanin as a character of many well-known masterpieces of literature, painting, sculpture and music (for example, the most famous classic Glinka’s opera name is “Life for the czar”).

Later Susanin was reputed by a new revolutionary government to be a servient to Romanov’s autocracy. Then tried to exclude Susanin’s name from Russian history, but the great Susanin’s morality was so impressive that in the end of the 30-s an attitude towards the famous peasant was changed and he was numbered among legendary heroes of the Soviet motherland.

At the end of the 80-s when Russia began its returning to authentic to Russian traditions and ideas traditional attitude towards Susanin as a personality and his deed was also changed.

The author of this book has analyzed a great lot of various materials dedicated to Susanin and generalized them. He tried to explain again events connected with Susanin deed that had taken place at the beginning of the XVII century, being not clear up to nowadays (in particular, it was found out by him where the exact place of the hero’s burial was, since it had been lost at the beginning of the XIX century).

The book is richly illustrated, it contains a of unique photos, unknown yet to a broad public.