A Life for the Tsar

Glinka has for a century been glorified as the Father of Russian music, and the history of the national Russian school is commonly dated from the first performance of his opera A Life for the Czarf produced in St. Petersburg on December g, 1836, when Glinka was thirty' two years old.

Historians rarely mention that Glinka's masterpiece was inspired by a previous opera, Ivan Susanin, by the Russianized Italian composer Catterino Cavos, staged in St. Petersburg on October 31, 1815. Cavos had a happy ending in which Susanin is saved at the last moment. Glinka let Susanin die, but he kept the outline of the Cavos libretto and the same cast of characters, although he changed their names. The subject was suggested to Glinka by the court poet Zhukovsky, who was to write the libretto but had to abandon the project owing to lack of time. The task was then handed to Baron Rosen, a Baltic German, whose knowledge of Russian, though very thorough, did not include a real understanding of the poetic resources of the language. In the meantime, Glinka went ahead with the composition, and Rosen had to adjust his verses to many melodies already written. In view of these difficulties, he did well. At the very least, he succeeded in writing some memorable lines which have become classics of Russian operatic literature.

In the original sketches Glinka kept the title of the Cavos opera Ivan Susanin. Then at Zhukovsky's advice, he changed it to A Death for the Czar. The Emperor Nicholas I, who showed interest in Glinka, expressed the opinion that a more appropriate title should be A life for the Czar, and his word naturally prevailed. 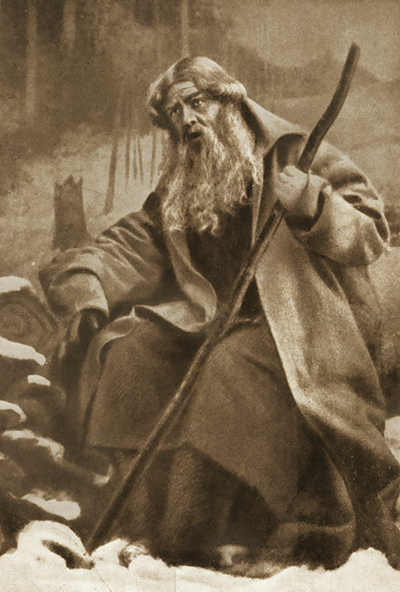